Marissa Nel & Associates was founded by Marissa Nel in 2001 as a full service orthotic and prosthetic facility, where we endeavour to deliver the highest quality care to the physically challenged communities we serve.

As a team we build, maintain and foster relationships that are founded on integrity, transparency and mutual trust. In all our activities we ensure that the principles of excellent patient care and compassion are adhered to.

Our patient facilities are in Eastern Cape, Gauteng and Free State, with established clinics in rural South Africa and Africa. We also have a facility based in Mauritius. 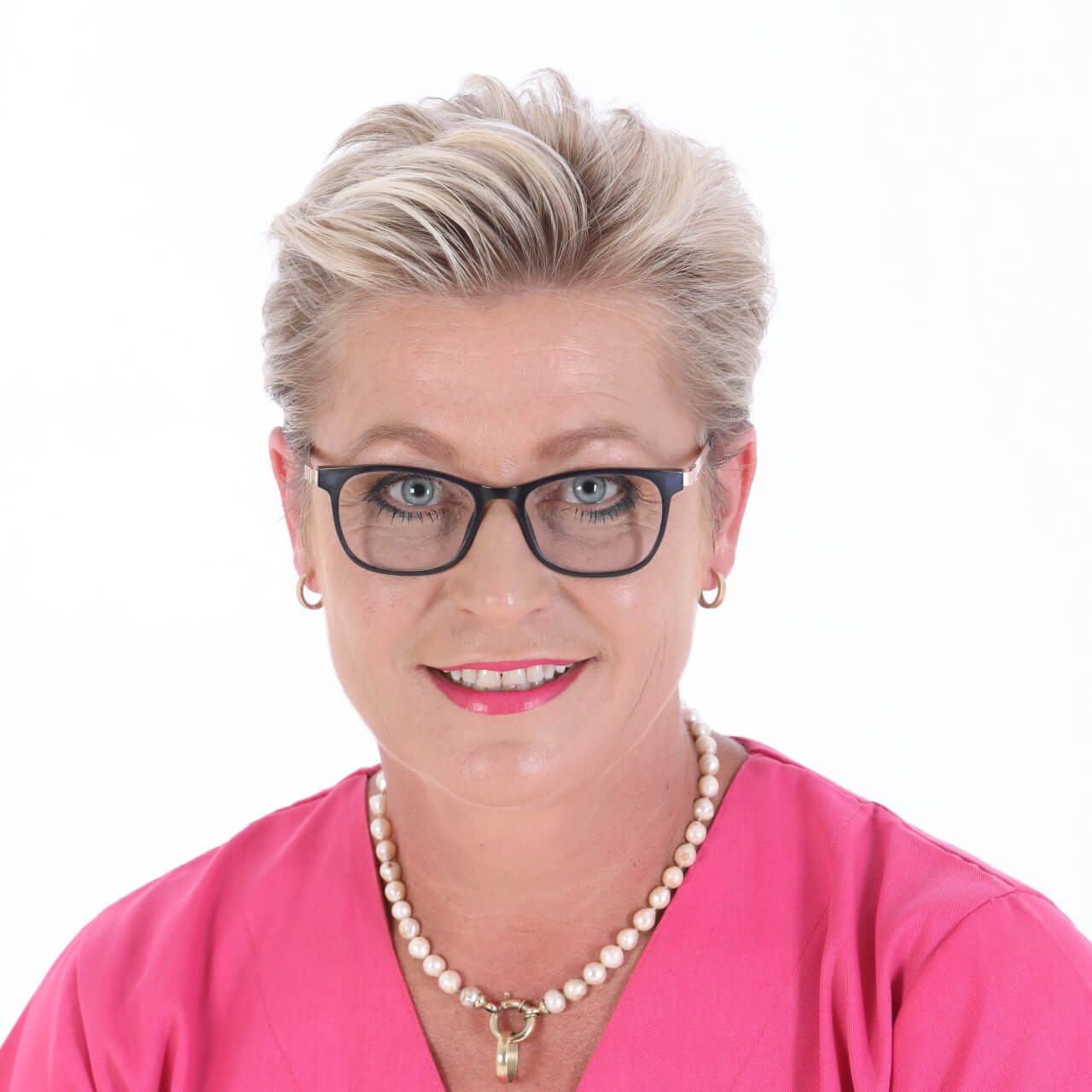 Marissa Nel is a healthcare practitioner, specialising as a Certified Prosthetist Orthotist.

Marissa was the first woman in South Africa to qualify as a CPO in 1993 and the first female to own a private practise in South Africa (1994), which she sold in 1999 to do volunteer work in war torn Sierra Leone.

She founded Marissa Nel & Associates in 2001, where they endeavour to deliver the highest quality care to the physically challenged communities, they serve through their 9 clinics and 44 staff within South Africa and Mauritius.

Marissa is extremely passionate and compassionate about patients requiring prosthetics, she works as part of a rehabilitation team in various hospitals in collaboration with Orthopaedic Surgeons, Neurosurgeons, Physiotherapists and Occupational Therapists.

Marissa was recognised for her success as an Entrepreneur and the work she does by being awarded the Regional Businesswoman of the Year award by the Businesswomen’s Association in 2016.

Marissa went on to be recognised by CEO Global Awards in 2017 as Africa’s Most Influential Women in Business and Government within the Medical and Veterinary sector in three categories: Regional, Country, and African Continent winner.

Marissa has extensive international exposure; one of her greatest passions is delivering services to patients living in rural areas who cannot otherwise access services. She successfully designed and implemented the first mobile prosthetic clinic in South Africa in 2005 and has since completed 500 mobile clinics in rural areas of South Africa, Mozambique, Swaziland, Lesotho and Malawi.

Marissa is incredibly committed to improving the quality of life of people living with disabilities.

We strive to respect the human rights of all people

We provide people with disabilities equal access to resources

We work with enthusiasm and do business in an open, honest and transparent manner

The Marissa Nel & Associates team understands that responsible and sustainable CSI can have a significant impact, offering opportunities for economic and social progress. We participate in various sustainable projects improving the lives of people with disabilities including sponsorship of prosthetics for the less fortunate, running upskilling programmes and participating in fundraising initiatives of non-profit organisations.

We are proud of our trustworthy and loyal team of highly trained and experienced individuals who with discipline and determination develop and grow our business to achieve excellence and sustainability to improve the quality of life of our patients.. 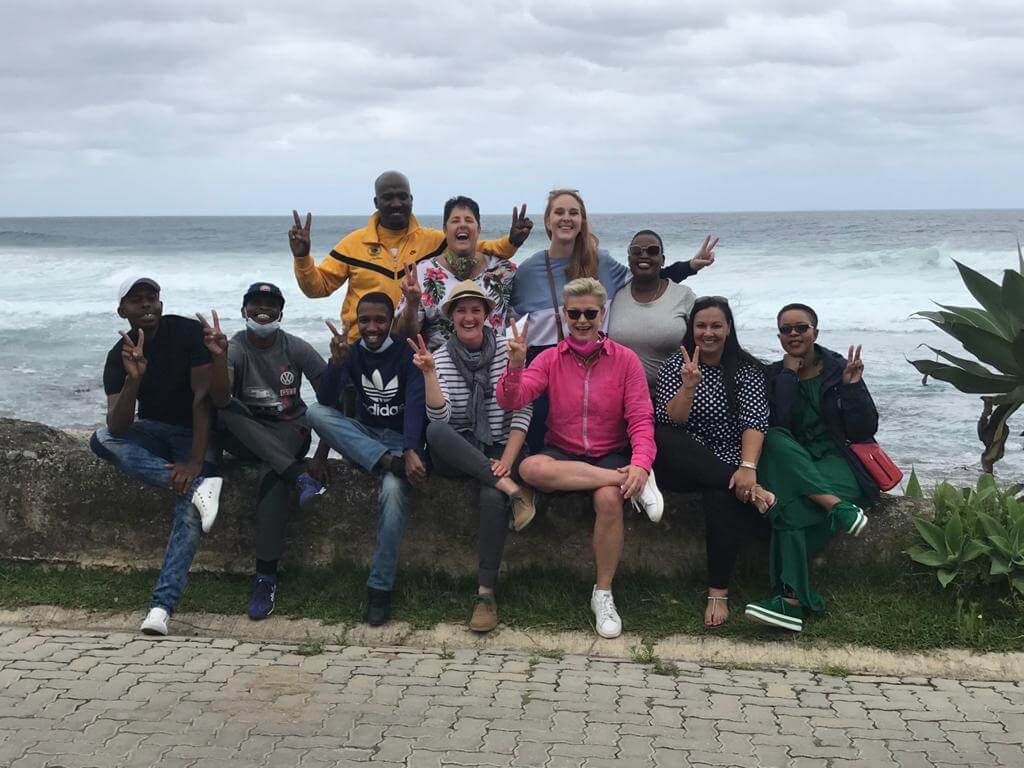 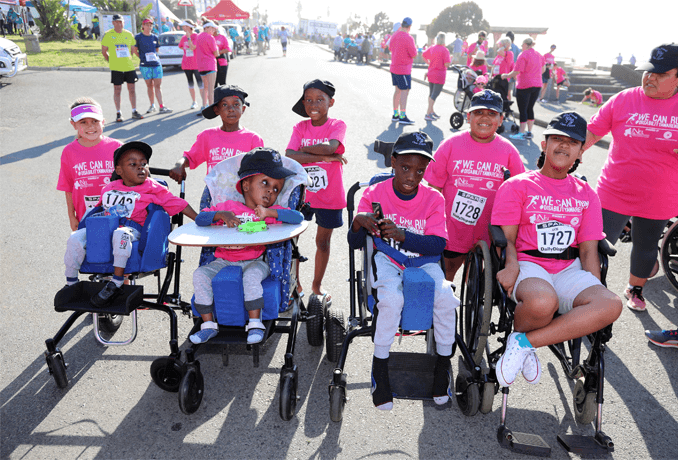 What happens after the amputation? Are bionic limbs available that can make me just like I was before?

A prosthesis is not bionic. It is an artificial replacement for a missing limb or part of a limb. Although a prosthesis is never as natural as your own limb, it can help you to do many things quite effectively if you are willing to combine your energy and willpower into learning how to use it. The most important aspect of success is working with your doctor, prosthetist and therapist to address all of your concerns, and then to work with them on the processes of design, fitting and training, which are required to be a successful user.

What does a prosthesis look like? How will it stay on?

Depending on the level of your amputation, physical ability and functional needs, each prosthesis will be somewhat different. If you desire a “cosmetic look,” prosthetic supplements are available. But, for most standard prostheses, they are comprised of conventional component parts attached to a socket that fits over your residual limb.

How does a prosthesis work? Will I be able to do all the things I did before I lost my limb?

The majority of people who lose a limb can get back to a normal mode of functioning within a few to several months, depending on the location of the amputation as well as physical ability. How well they function depends primarily on their goals along with timely, comfortable prosthetic fitting, good follow-up care, and a “can do” attitude from themselves as well as their medical team.

When will I get a prosthesis?

Generally, you should be ready for prosthetic measurements and fitting a few weeks after surgery, when the wound is healed and the tissue swelling is decreased. Then you will be ready for prosthetic measurements and fitting. This process can be easily attained with exercise and rehabilitation. During this stage, your medical team also will be concerned with maintaining proper shape of the residual limb, as well as increasing overall strength and function. Fitting is usually stress-free and involves several steps to create a unique prosthesis for you.

What if the prosthesis does not fit correctly?

Follow-up is as important as the initial fitting. You will need to make several visits for adjustments with the prosthetist as well as training with a therapist. They can help you ease pressure areas, adjust alignment, work out any problems, and regain the skills you need to adapt to life after limb loss. Tell your prosthetist if the manufactured limb is uncomfortable, too loose or too tight. Ask questions about things you need or want to do. Communicate honestly about your needs. The more you communicate with your prosthetist and therapist, the better you will be able to succeed with a prosthesis.

How long will it last?

Depending on your age, activity level and growth, the prosthesis can last anywhere from several months to several years. In the early stages after limb loss, many changes occur in the residual limb that can lead to shrinking of the limb. This may require socket changes, the addition of liners, or even a different device. Later on, increased activity level and desire for additional function can necessitate a change in the prosthesis or its parts. Once you are comfortably adjusted and functioning at the desired level of activity, the prosthesis needs only minor repairs or maintenance and can last for an average of three – five years.

Is it difficult learning to use a prosthesis?

Learning to use a prosthesis is a tough job. It takes time, great effort, strength, patience and perseverance. You will do best to work with a therapist while learning how to handle the new device. Much like learning how to operate a car, you will need guidance on how to:

What can I do to prepare myself for a prosthesis?

There is a lot you can and must do to be able to use a prosthesis and use it well. The top priorities are:

Will I need to use a wheelchair of crutches?

Some people elect not to use a prosthesis, relying exclusively on mobility devices. However, with a prosthesis, the use of crutches or a wheelchair depends on several factors including level of amputation, whether you have a single or bilateral amputation, and your respective level of balance and strength. Most amputees have a pair of crutches for times when the limb is off, including nighttime trips to the bathroom, showering, participating in certain sports, and to help if problems arise that may require leaving the prosthesis off for any length of time.

If you are a person who has lost both legs, you will probably use a wheelchair at least some of the time. Unilateral amputees may find it helpful to use a cane or crutches for balance and support in the early stages of walking or just to have a break from the prosthesis. This is an individual decision based on factors such as age, balance, strength and sense of security.

Once I have been fitted and feel comfortable in its function, what will happen next?

Plan on making follow-up visits to your prosthetist a normal part of your life. Proper fit of the socket and good alignment will ensure that the prosthesis is useful to you. Prostheses, like cars, need regular maintenance and repair to continue efficient functioning. Small adjustments can make a big difference.

Can the limb break down?

Yes, things can happen that will require repair or replacement, so it’s a good idea to know about warranties and what to expect from your prosthetist. Get small problems with your prosthesis taken care of promptly. There is no benefit to waiting until something falls apart or causes you serious skin breakdown. If you wear a prosthesis too long when it needs repairs or replacement, you can do harm, not only to your residual limb, but also to other parts of your body. Strain on other muscles, especially in your back and shoulders, will affect posture in addition to performance of the device and energy needed to use it. Early prevention is more valuable than long-term treatment.

"I think a hero is an ordinary individual who finds the strength to persevere and endure in spite of overwhelming obstacles."