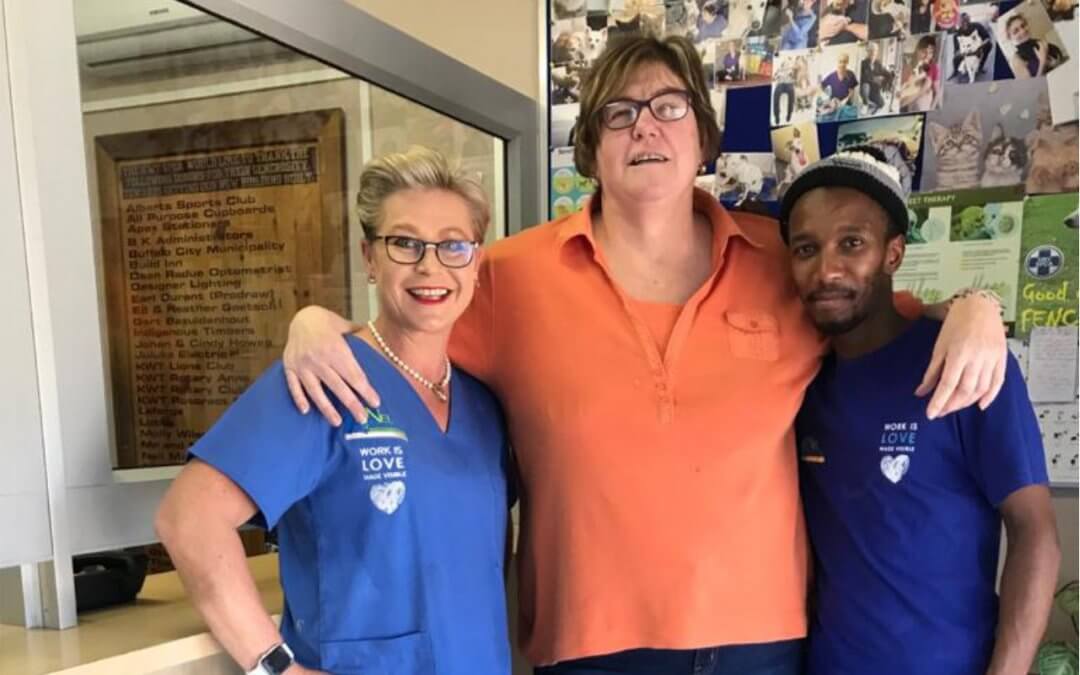 Dear Marissa and the team

I wanted to write to you to say thank you so much for everything you have done for me, for your love and compassion and caring. I am absolutely blown away by your kindness.

I have been a diabetic for several years now. I was cruising along and managing until about three years ago when I developed a blister on one of my big toes. The blister eventually went septic and it had to be removed. One by one my other toes followed until I only had two toes on one foot and three on the other. I then started getting ulcers under my feet which required many operations (I used to tell the staff at St Dominque that I had frequent flyer miles for that hospital!)

I knew that I was dodging a bullet which would inevitably get me and that happened in March of this year. I had a tiny sore under my foot, went to hospital to have it drained, was very chuffed because it wasn’t very big. Unfortunately, the Doctor missed the fact that I was hugely septic inside my foot so a week later back to hospital I went. They operated but I knew when they took the dressing off and the wound looked grey instead of the pink colour it should have been, that my leg was going to be affected. My worst nightmare happened, the sepsis was in the bone already, so my leg was amputated below the knee.

I have always been active which included doing practical field work as an SPCA Inspector. Now half of my leg was missing… and I had to get used to the idea and learn to cope without it. A week later I ended up in rehab and that is where I met Adele Lund of Marissa Nel & Associates. That meeting would change my life forever.

Adele was so caring and came to see me several times in rehab. She noticed what my other foot looked like and said she would organize diabetic shoes for me. She immediately assessed and saw what the problem was and jumped in to help me. She promised me that I would not be the same person when I left rehab.

A few weeks later I was whisked off to the Marissa Nel & Associates Hogsback facility, and that is where I met Marissa and her wonderful team. Nothing was too much effort. We laughed and joked, and you guys made me feel at home. The journey has been exciting and scary, but I am getting there slowly. I have learned to adapt and not be too hard on myself and am delighted to start driving again.

I am absolutely blown away by your kindness, thank you so very much (I don’t think I could ever repay you for what you have done for me). Because of your help I am not permanently wheelchair bound, and my walking is getting better and better. You guys have become like a family to me and I consider you all to be incredibly special, including the four-legged members of your team that I was privileged to have met.

Thank you so much for everything!