“It is not the end of a life, but it is a beginning of a new one” 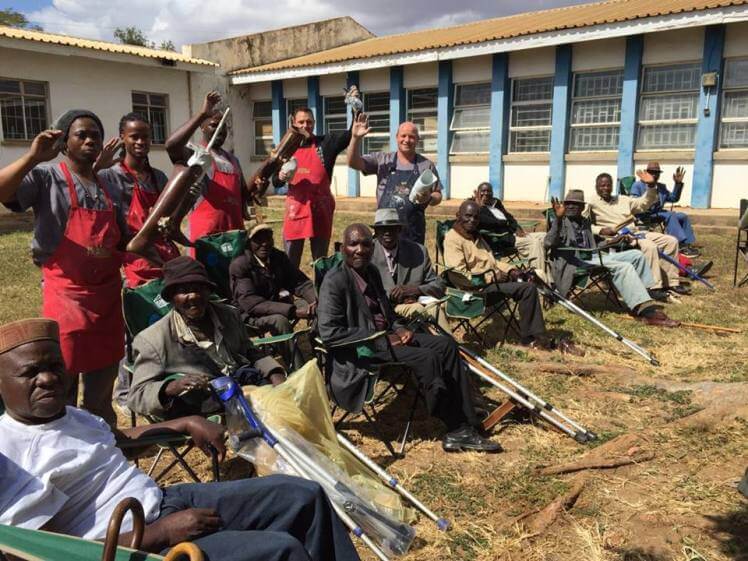 “We should look differently at disability,” says Marissa Nel, a medical orthotist and prosthetist. Her practice, Marissa Nel & Associates, situated in Eastern Cape, Free State, Gauteng and Mauritius, aim not only to bring service to people’s doorstep and provide them with mobility, but to alter their perceptions and those of the larger community. “You are not your arms and your legs. There is so much more to a person than that,” says Marissa.

Ensuring mobility – something humans so easily take for granted – for someone is a move in a positive direction, but the journey doesn’t end there. After people gain or regain mobility, their road branches off in multiple directions. One vital goal is to create a plethora of platforms for people to become self-sufficient. “If you could inspire people that they are still valuable, they can add value to their communities,” says Marissa.

“People can become free of other people’s perceptions”

In a modern society, shrouded in vanity and physical appearances, disability is often frowned upon. But, as Marissa says, “It takes one or two people’s confidence and you can change a society’s thinking.”

A patient had to have his leg amputated after an accident, and he received a prosthetic leg. Despite living in a community where disability and prosthetics are regarded as something that should be hidden or concealed, he wears his new leg with great pride. Marissa describes him as an active participant in his community, and someone who encourages others with his actions by wearing shorts without a foam cover to conceal his prosthesis. The younger children in the community began saying they also “don’t these want these cosmetics”, and that they would prefer a leg like his leg.

“You know, if I had a prosthesis, I would want to show off my prosthetic knee. Some of these things are so amazing that you just want to test and try it yourself, and I would never want to cover that. But depending on the culture, you got to listen to the patient and do what they want to do and not necessarily what you think is right,” says Marissa when commenting on how each patient’s needs, situation and cultural background differs, which should be considered and respected.

Helping others so that they can eventually help themselves:

“For my whole career, I have worked with the focus of helping people who cannot help themselves. I have worked with the focus to find solutions and funding around that. I don’t think that is enough,” says Marissa, in regard to the need for further steps to be taken after an immobile person becomes mobile. Mobility paves the pathway, but the road only continues once previously immobile people are integrated back into their society and become successfully self-sufficient, especially if they were once ousted. Each community or culture differs in how disability is perceived and supported (or not), which ultimately affects the outcome of the integration process.

“When a patient is rehabilitated, we need to focus on vocational training,” says Marissa, in reference to the company’s new endeavor to provide certain patients with practical and entrepreneurial skills. One of their patients started a successful vegetable farm with the managerial support of the practice, on the condition that he involves the rest of the community. He started planting with eight other people, and once the vegetables have grown they are distributed between them. Any surplus is sold and the money shared equally, allowing the community to become more self-sufficient and the children to go to school.

According to Marissa, “It is really the best feeling when someone is rehabilitated and included in the society, and can participate on an equal basis with others. That means there is no difference between you and me.”